The European Union needs equivalent legislation to the US Dynamic Glass Act but stated in technology-neutral terms to include all possible solutions.

The building sector accounts for approximately 40% of all energy consumption in the US and in the EU.

For this reason, the United States Congress took steps in 2021 to bring forth legislation that proposes smart glass to tackle this issue, with US congressman Steven Horsford introducing the ‘Dynamic Glass Act’.

The problem with this act is that it refers only to ‘electrochromic glass’, which begs the question why government legislation would hand-pick one of the many smart glass technologies available today (never mind those that may be available in future).

As Crown Electrokinetics eloquently stated in their blog article of 2021, “it would be like Congress giving Tesla a licence to be the sole producer of electric vehicles”.

We strongly believe that legislation should be technology-neutral, focussing instead on the requirements, which might include ‘maximising daylight in buildings’ or ‘reducing heating and cooling costs’, to name a few examples.

In fact, legislation could just point to the excellent Green Building programs, such as LEED, BREEAM or WELL, where most of that requirements specification work has already been done.

Mandating technologies is not the same as recommending solutions though, and in some cases, where the industry needs concrete answers, it can be beneficial to offer education, so that architects and building professionals can see what is available.

All these solutions would facilitate better control over natural daylight in buildings than curtains or manual window blinds.

Some of these technologies can even be combined, multiplying the benefits, with one example being to combine translucent concrete with smart glass, allowing you to ‘switch off the wall’ on demand. This could be useful for theatres or museums, for example.

In short, we need legislation that states the problem in technology-neutral terms and is inclusive of all possible solutions.

Enter the European Green Deal, introduced by the European Commission in December 2019, which aims “to transform the EU into a climate-neutral continent with a resource-efficient and competitive economy”, ensuring:-

One of the priorities of the European Green Deal is the Green Buildings initiative, which aims to reduce the 36% of greenhouse gas emissions which originate from buildings in the EU.

In December 2021, the European Commission proposed further changes to:-

The good news is that, since these energy performance mandates came into force in national building codes, buildings in the EU now consume only half as much energy, as when compared to buildings from the 1980s.

We seem to be going in the right direction, would you agree?

The measures proposed by the European Green Deal do not stop at buildings, but also include social measures.

The European Climate Pact is a “​​movement of people united around a common cause”, and is open to anyone passionate about climate change.

Above all, those who can actively turn their passion into actions are invited to apply to become European Climate Pact Ambassadors, who are “Europeans from different walks of life, all committed to climate action”.

We believe this is a useful public, peer-to-peer service, capable of offering education, consultancy and objective advice, vetted by the European Union, and serves as a low-cost, first-stop public resource for architects, designers and engineers.

A corporate version of this would be the NBS, part of RIBA Enterprises, the knowledge management company of the Royal Institute of British Architects (RIBA).

The NBS is a fantastic resource which we highly recommend, but pricing does tend to favour larger companies with deep marketing budgets.

The smart glass family of technologies is so broad that it would make sense for the EU to sanction their use in some shape or form.

Whether this should be via an EU Regulation, Directive, Decision, Recommendation or Opinion is up to them to decide. Here is a summary of what each of these legal acts aims to achieve:

The US Dynamic Glass Act of 2021 has, in our opinion, made the fatal flaw of specifying one specific technology at the expense of other potentially better ones in the form of binding legislation.

The US system can be (and often is) easily tipped in favour of government lobbyists, making the playing field uneven and unfair.

Of course, it is not the job of government agencies to choose your vendor (heaven forbid).

What is needed is legislation that promotes, recommends and educates us all so that the building profession can see which available solutions might best fit the requirements of their project. 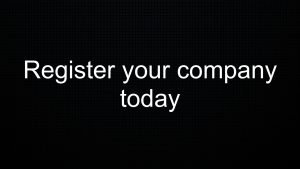 03/08/2022
We use cookies on our website to give you the most relevant experience by remembering your preferences and repeat visits. By clicking “Accept All”, you consent to the use of ALL the cookies. However, you may visit "Cookie Settings" to provide a controlled consent.
Cookie SettingsAccept All
Manage consent